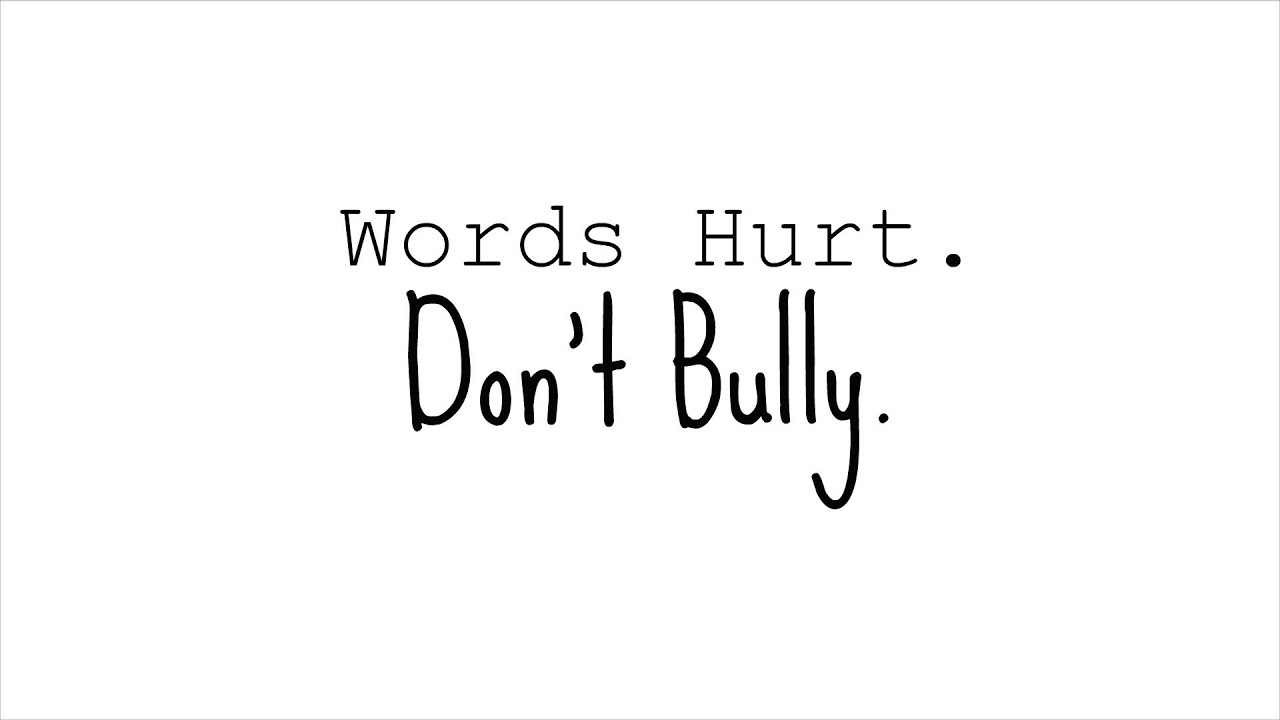 How to Stop A Bully

This coronavirus pandemic has massively accelerated investment and developments in artificial intelligence and this will have far-reaching implications on the American workforce. Seattle leaders are squandering hundreds of millions of taxpayer dollars, including COVID relief funds, on pricey homeless hotels and studios that include wraparound services. Finally, they promise, this will supposedly address homelessness. Fox News quickly became number one. And made the other networks look like number two. And it happened for one reason -- it wasn't afraid. South Carolina Republican joins 'Hannity' to discuss Senate decision to approve debt ceiling. South Carolina Republican tells 'Hannity,' 'at the end of the day we blinked'. Pollster Tom Bevan: On issue after issue, whether its Afghanistan, foreign policy, the border, taxes—he is losing support.

Attorney General Merrick Garland intends to silence mothers and fathers who vigorously oppose their students being indoctrinated with critical race theory and other socialist or Marxist dogma. President Biden explicitly campaigned on shutting down the coronavirus pandemic. Parents are upset with mask mandates imposed on their kids, not to mention critical race theory. In a normal world that would be considered physical and mental abuse. Though they would probably discriminate against a lesbian or somebody who it trans.

At the end of the day everyone is entitled to their wrong opinon. If you are going to write back keep it civialized. Personally I find BakuDeku quite interesting due to their dynamic and history. I think if it happened at this stage it wouldn't be a healthy relationship that's for sure, but what's appealing about it is the character development they would both have to go through.

IMO saying a ship is toxic because of how they were at the start is kind of unfair because people grow and change from their mistakes all the time, and in fiction that's what makes character relationships interesting not just romance. There were definitely things I hadn't considered before reading this piece so thank you. People should be allowed to have fun in a fandom and ship people if they want if it's not morally wrong!!

Ive always liked BakuDeku. Many people say it would be toxic and I dont agree or diasagree. He has a bad temoer and thats it. If he and Deku were to date, I dont think he would punch him or beat him up. Bakugou doesnt seem like someone who would do that to his lover. Plus he didnt bully Deku much. When he burned his hero analysis book, his friends said he went a little too far. The farthest he went was blowing up a book? How could someone bullying him and do that. He could have completely distroyed the book but he didnt.

I admit he did go far telling him to jump off the roof. However, he wouldnt have said that if he knew Deku would actually do it. He got really mad at his friends when he caught them smoking and he got mad when they suggested cheating in the arcade. He said if he did that he would never get into U. I think he said that beacaue he was mad at the moment and he had faith in Deku knowing his strong mentality. Also, when he beat up a kid when he was 4, he was 4.

Little kids dont have a mind in whats wrong and right. Toddlers could tear off the wings of a butterfly and not know thats wrong. There are no other incidents of that happening. That means he grew up and learned. He did hurt Deku badly in U. A in one of the Ovas but he was under supervision and they were having a battle soooo Overall, I dont think there was really any bullying and it wouldnt be very toxic. Bakugou would yell at Deku for his mistakes and Deku with his strong mentality could handle it. If he couldnt handle it, there would be no way I would ship it. Plus BakuDeku look good together. I respect other ships of course but I do have an opinion on it.

TodoDeku, they have no history, not that big a relationship either. The onely other ship that makes sense is Uraraka and Deku. I dont like the ship because I dont like Urarska but you can ship it if you want. I just think the ship I enjoy the most is BakuDeku. All you beautiful little people who ship Bakudeku and have respect for other couples even don't ship them, let's get to know each other I've seen other people's reasoning as to why it was a "good" ship, and since im easily convinced i just wanted to make sure if i was still gonna go with it..

I'm sorry but bakudeku is my least favorite ship and the people that ship it aren't any better. Not to be insulting or anything but the people that ship bakudeku are kind of mean and defensive. Like in any ship convo an insult to bakudeku their shippers will start going off about how their right and everyone else is wrong and then act like their being respectful so that they don't get hate even they are haters themselves. Also if anyone proves them wrong in any way or gives a promising argument they pretend that they don't exist and ignore the fact that they thrmselves might be a little bit wrong. Take roseship on reddit for example. You may not know who he is but he is a bakudeku shipper and he is a great example for those types of shippers.

Some of the people that are in these comments are good examples as well. By the way sorry if this is long when you look at the poll you see that most people voted for bakudeku but that's because bakudeku shippers came onto this website to find closure for their ship or to start fights with the people that agree with this article or they just came onto this website to disagree with everything this person said and again if you think I'm wrong just look at the comments and all of the bakudeku shippers did what I explained and are just arguing. This is just what I have witnessed and I think I have made a promising case. Also I am not saying that all bakudeku shippers are bad but the ones that I have seen so far are.

Just be more respectful is what I am trying to say and you can have an opinion but don't treat everyone like crap if they don't agree with you. In fact if you listen to them maybe you'll find something out you didn't know and you might just change your mind. Getting defensive over an imaginary relationship for fictional characters is kind of pathetic on February 25, It used to be relatively unhealthy at first, which explains the hatred, but things changed as time went on. However, after their fight, they started to build a relationship built on mutual respect and true rivalry, which opens the path to a non-toxic, healthy relationship.

I'm extremely proud of all the people who've stood up and explained BakuDeku more. The negativity toward the ship is really unfair, and I honestly think you should've looked into the relationship between Bakugou and Midoriya more before making this article. I also don't fully base ships on what's going on cononically, because fanfiction often drives two or more characters closer when it comes to shipping.

A lot of the time, there's more story behind, and it isn't just what's already there on-screen or paper in canon. It's fusing that with whatever happens next. And with how much the relationship between Bakugou and Midoriya has been looked into, I can't help but get mad at the lack of understanding and genuity I see. I will respect anyone's opinion on ships except the close minded ones.

Bakudeku is not about abuse and bullying, its not "toxic". They would need to be on equal ground and understand him on a deeper level. There is one way to learn this, through experience. Midoriya has been there since they were kids. Years and years of knowing, idolizing, and just being together! Kirishima, Uraraka, Todoroki, and etc have barely anything compared to that. And the aggressive persona Bakugou displays is how he was raised. Little time and one relationship won't change that. He also won't open up easy with anyone. But with the respect he now is starting to show Midoriya and the years of experience with each other, its a start.

I believe that in time Bakugou and Midoriya will heal. There will definitely be scars! But their relationship will be the most perfect nuclear trainwreck ever. They can help each grow with Midoriya's kind and forgiving nature who can square up when needed. While Bakugou can be a person who lifts Midoriya up, challenges him to be better, and they can take care of each other in their own ways. Neither boy is perfect and that's what's great about this ship! And honestly, Kiribaku? Ruins Kirishima's character, they don't know enough about each other, and have only known each other for less than a year. You can't fall in love with a person until you KNOW them.

Same can be said for most ships. You need time to grow and Bakugou is still growing. Respect, even though hard to achieve from Bakugou, isn't the only thing that is needed. So in that case, if anyone else in class 1-A had to fight him, he would've shown the same "respect" he did with Uraraka. You can ship what you want to ship, but don't go after others period. Especially if all you can do to support your ship is: "Yours is abusive" "Its cute" or "They're friends" or even the respect card.

You ship your ships and we will ship ours. Insert golden rule here Bakudeku is a good ship and I honestly do ship it. Do I ship BakuDeku? Do I think it could ever be canon? Too much bad blood and history. I know a lot of people hate BakuDeku. I'm putting aside my bias for this ship and I'm gonna say it's no doubt a flawed relationship. Their childhood relationship is one of the main reasons for that, constant bullying, being put down, clinging on to being friends.

I hated the ship at first, but if I think about it now, there is no other relationship that has come as far as these two. How they interact, how they always misunderstand and challenge each other, how both of them don't give up. I can honestly say that no relationship will come as far as these two, no matter if it's romantic or platonic, it's undoubtedly for me the best relationship. They have a love-hate dynamic if they were to have an attraction for one another and I'm all up for that.